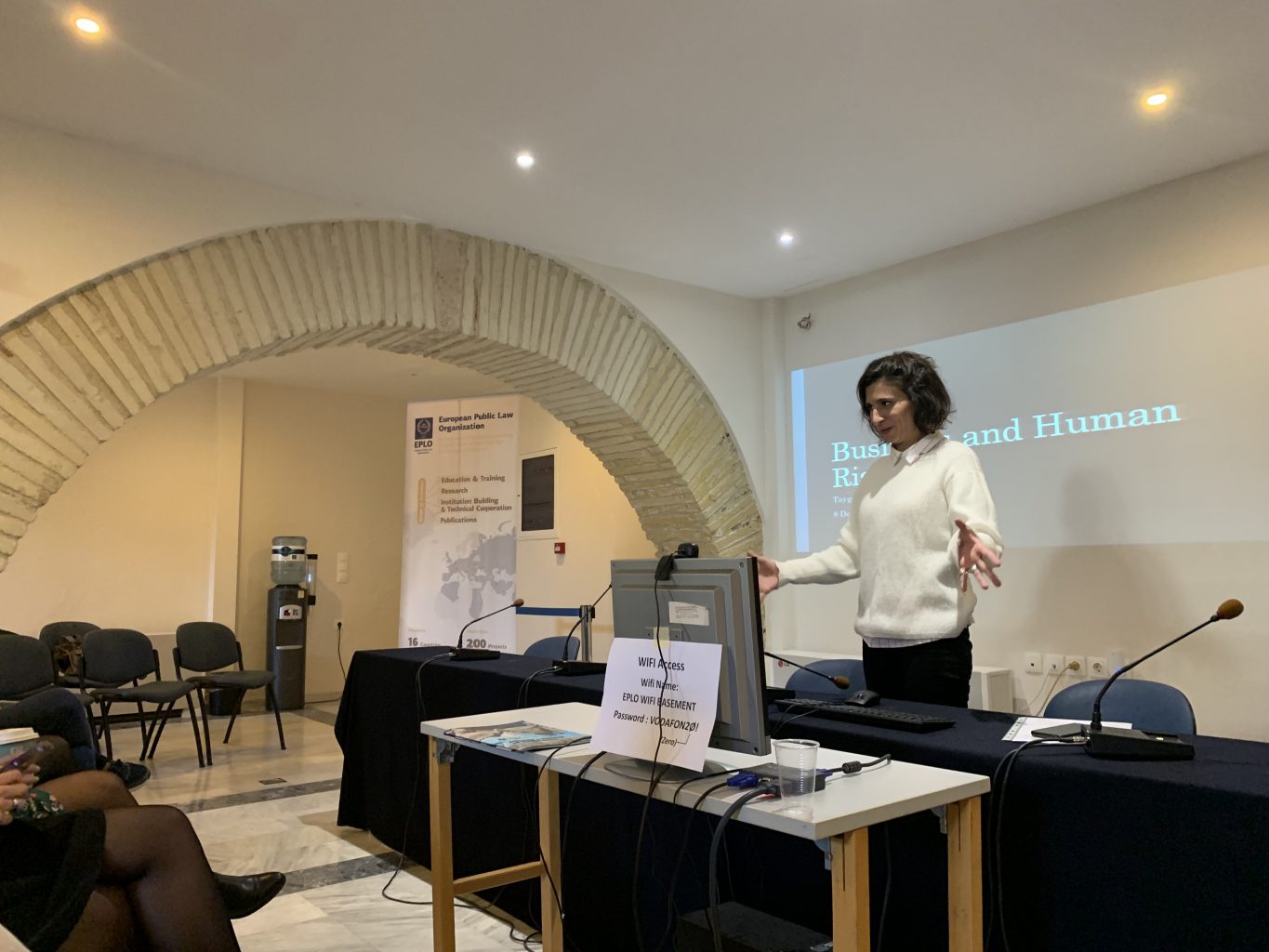 A Hungarian delegation of students and researchers has visited the EPLO in the frame of the cooperation agreement signed between the Organization and the Mathias Corvinus Collegium – MCC Foundation in Hungary. This initiative aimed for the students to gain insight into the work of leading think tanks around the world through the Fellowship Programme. Dorottya Klára Somogyi a student at the School of Law in Hungary, spent the semester with the EPLO -European Public Law Organization in Athens.
During the trip, the students were given a comprehensive overview of Greece and migration by Ambassador Haupt Erik. After spending a whole day at the EPLO building, where they were first informed about the organization’s activities, the ELGS and the opportunities offered to students, they were given a lecture by Dr Taygeti Michalakea on Business and human rights violations. Finally, the newly appointed Dean of the European Law and Governance School (ELGS), affiliated to the EPLO, Professor Luis María Díez-Picazo, provided a lecture on comparative constitutional law, on the practice of supreme courts in referring to the judgements of international human rights courts.
There was also some time for Greek culture, as students visited the Acropolis, the Supreme Court/Areios Pagos, the theatre of Dionysus, but also the changing of the guard in front of the Parliament and of course, experience Greek hospitality while learning about traditional Greek cuisine.
smanioudaki

The tailor-made training program to Chinese students has been completed