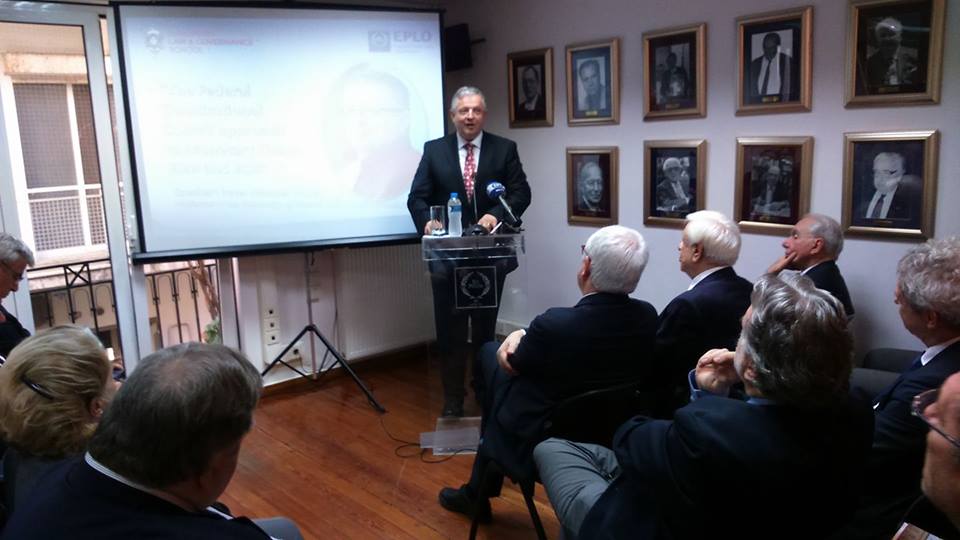 Lecture in honor of professor G. Amato the Ambassadors in Athens of Italy, Canada, Thailand, Brazil, Venezouela and Egypt.

In presence of H.E.The President of the Hellenic Republic Mr. Prokopios Pavlopoulos and of the honored Giuliano Amato (former PM of Italy, Judge and Honorary President of the ELGS), in a full house, the 1st Amato Lecture was organized by the ELGS on Friday, April 27, at the EPLO premises in Kolonaki, with Prof.

Peter Michael Huber of the University of Munich and Constitutional Judge as the guest speaker on the topic: “The Federal Constitutional Court’s approach to Monetary Union, ESM and ECB” .