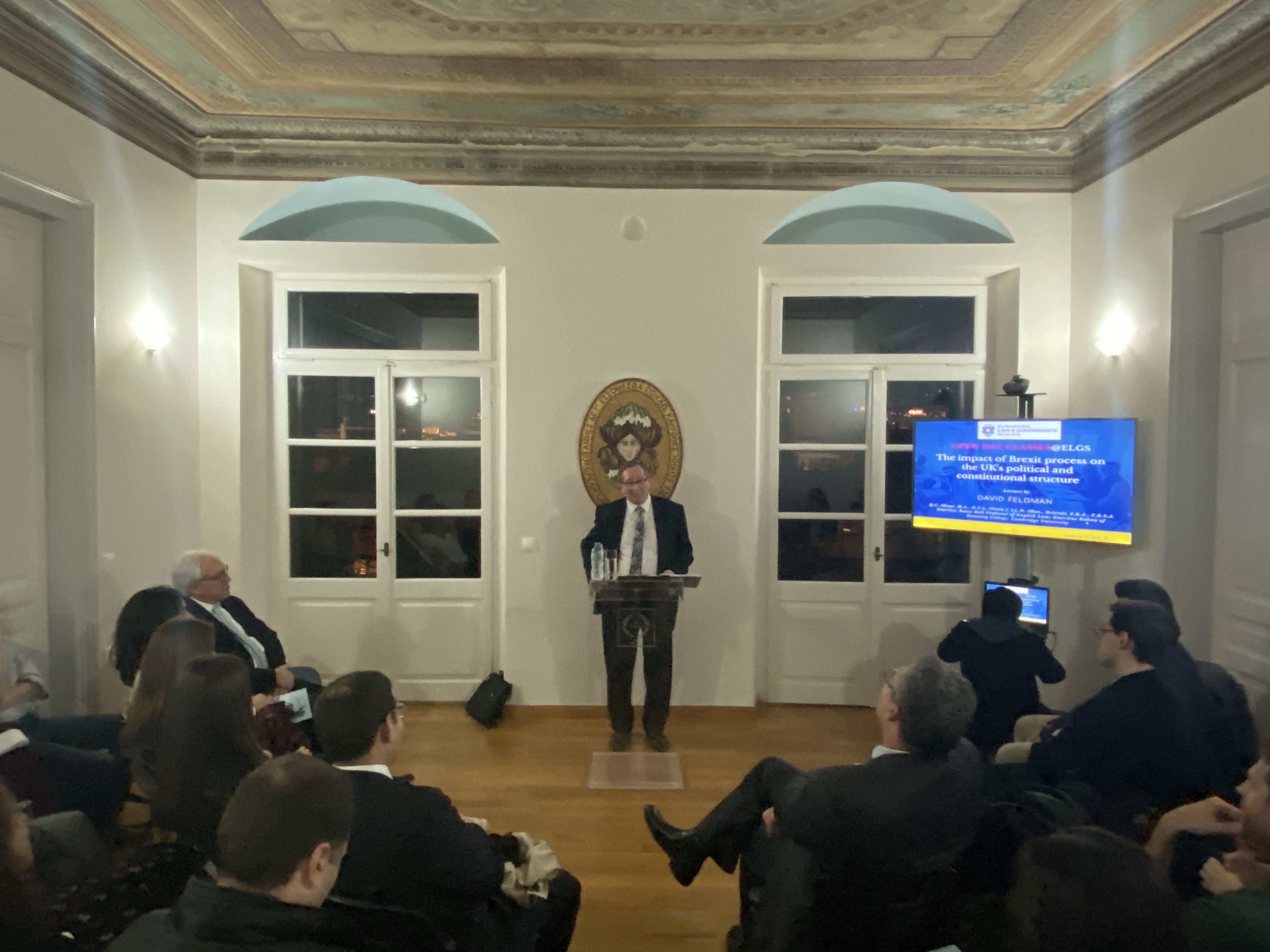 Distinguished Professor David Feldman from Cambridge University offered an open class at the ELGS about the hot issue of Brexit in the context of the UK elections.

Students of the ELGS and any other University were able to visit the ELGS and attend David Feldman’s lecture on “The impact of Brexit process on the UK’s political and constitutional structure.” at the EPLO permises (Plaka) on Friday 13 Dec. at 18:00 -20.00 pm

David Feldman is a British legal academic, author and former judge. He is Emeritus Rouse Ball Professor of English Law at the University of Cambridge, and served as an international judge of the Constitutional Court of Bosnia and Herzegovina under the Dayton Agreement from 2002 to 2010. His scholarly publications have been described by the University of Bristol as having helped to shape the development of civil liberties and human rights law.
Feldman is an Emeritus Fellow of Downing College, Cambridge, an Honorary Bencher at Lincoln’s Inn and an Academic Associate at 39 Essex Chambers.
He has served as Chairman of the Faculty of Law, University of Cambridge and the Faculty of Human, Social, and Political Science, and as President of the Society of Legal Scholars.

His research interests covers a wide range of public law fields, using historical (including archival) alongside legal methods. He’s recently been looking at the practical implications and theoretical foundations of the idea of invalidity of administrative acts in administrative law, the nature of the distinction between public and private law, what it means to legislate, and the interplay of politics and law in ground-breaking legal developments from the eighteenth to the twentieth centuries.

The Class was OPEN and FREE to all students of the ELGS and any other University.

SDG Center Event on the sustainability of the US trade deficit

Graduation Ceremony for the UnderGraduate and PostGraduate students of 2018-2019